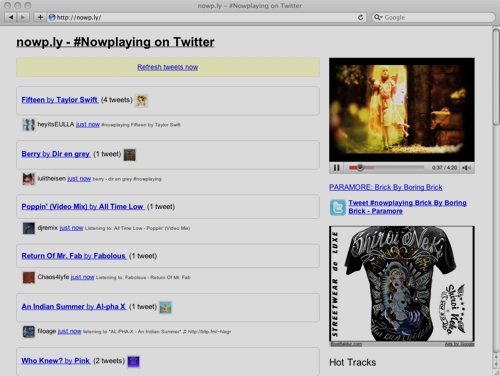 Enjoy your music with tweets!